Home » 8 Ride and Car Sharing Alternatives to Uber and Lyft 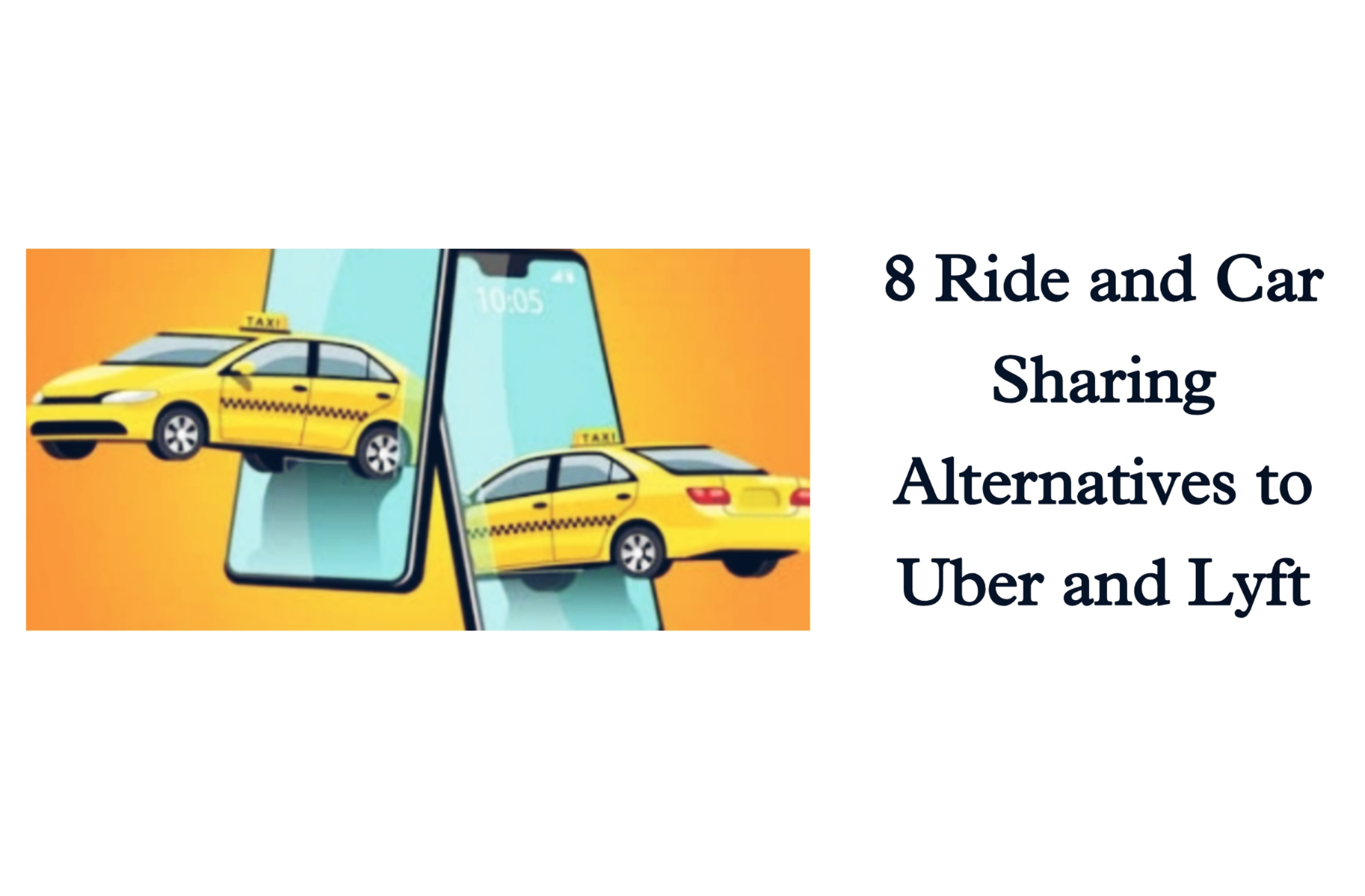 8 Ride and Car Sharing Alternatives to Uber and Lyft

8 Ride and Car Sharing Alternatives to Uber and Lyft :

You may have had a bad experience with two of the most popular taxi alternatives in the app store; maybe Uber and Lyft just aren’t available in your area — maybe because they’ve pulled out of your city entirely. Whatever your reason for avoiding these particular ride-sharing apps, you still need a way around.

Fortunately, thanks to advances in technology and startup platforms like RideCell, there are dozens of alternatives eager to earn your business. The following eight ride-hailing and car-sharing apps are among the best — and some even beat out Uber and Lyft in terms of reliability, price, and ease of use.

Its fares are slightly higher than average, but its arrival times are lightning fast, as you’d expect from a bigger brand. Fare’s mobile app still has a few issues to work out — for example, it displays real phone numbers for drivers and passengers instead of using proxies, which could be a security concern — but overall it’s a solid ride-sharing alternative. Fare is currently only located in Austin, Texas (thanks to the departure of Uber and Lyft), but you should expect it to expand to other cities soon.

Taxis aren’t dead—yet. In an effort to disrupt the disruptors, many taxi companies have adopted the use of Flywheel, an app that allows users to order a taxi and pay via mobile device. Flywheel is government certified, which means riders can trust the taxis they get into, making it a potentially safer ride-sharing alternative. Although the cars are typical cabs and won’t be as luxurious as many ridesharing vehicles, they will get you from A to B when you need them.

GetMe deviates from the standard ride-sharing system in that it doesn’t just pick you up, it picks things up for you. A combination of ride-sharing and delivery app, GetMe gets you anywhere or gets you anything – for a price. Although GetMe’s rates are slightly above the Uber and Lyft averages, the service doesn’t use surge pricing, meaning you can expect reasonable fares even on the busiest nights. This sharing/delivery magic is all over Texas, but it’s quickly expanding elsewhere in the Southwest.

A car service for the digital age, GroundLink lets you summon a sleek black car to pick you up and drop you off. Granted, GroundLink isn’t particularly affordable; is designed for luxury or business travelers who need assistance getting to and from their hotels. Still, the app makes hailing a car incredibly convenient, so if you ever feel like splurging on a road trip, you might want to consider GroundLink.

Another e-hail company that focuses on nicer black cabs, Hailo operates out of London and has a strong foothold in the European market. Although the firm has recently pulled out of US markets, leaving rival cities like Chicago, Boston and New York, Hailo plans to return in a few years once it has firmly established operations in virtually untouched Asian markets. So, if you are traveling to Europe, you may want to consider trying this app.

Once known as Taxi Magic, Curb is another attempt by taxi drivers to win back lost customers. However, unlike Flywheel and Hailo, Curb has expanded its services to provide not only taxis, but also luxury cars for hire, such as Uber Black. Unlike Flywheel and nearly all ride-sharing services, Curb allows users to pay with cash if they wish, and the company plans to launch pre-scheduled rides from popular locations such as airports.

Unlike other rideshares that are often marketed as taxi replacement services, RubyRide goes further and bills itself as a cheaper alternative to owning a car. Operating as a subscription service, RubyRide allows for unlimited pre-scheduled pickups and drop-offs in certain zones.

The company is also adding an on-demand service and plans to start with delivery options as it expands. Currently, RubyRide is only available in Phoenix, Arizona, but this innovative model may soon explode in other cities.

In walkable cities, perhaps the only reason you might need a ride is to get to a long-haul station—that is, the airport. In this case, Wingz is the service for you. Wingz, which requires booking at least an hour in advance, isn’t great for round trips around town, but if you know in advance that you need a ride, Wingz is a cheap option.

In this article we discuss about 8 Ride and Car Sharing Alternatives to Uber and Lyft. You may have had a bad experience with two of the most popular taxi alternatives in the app store; maybe Uber and Lyft just aren’t available in your area — maybe because they’ve pulled out of your city entirely. Whatever your reason for avoiding these particular ride-sharing apps, you still need a way around.

8 Ride and Car Sharing Alternatives to Uber and Lyft

This Kayak Folds into a Suitcase